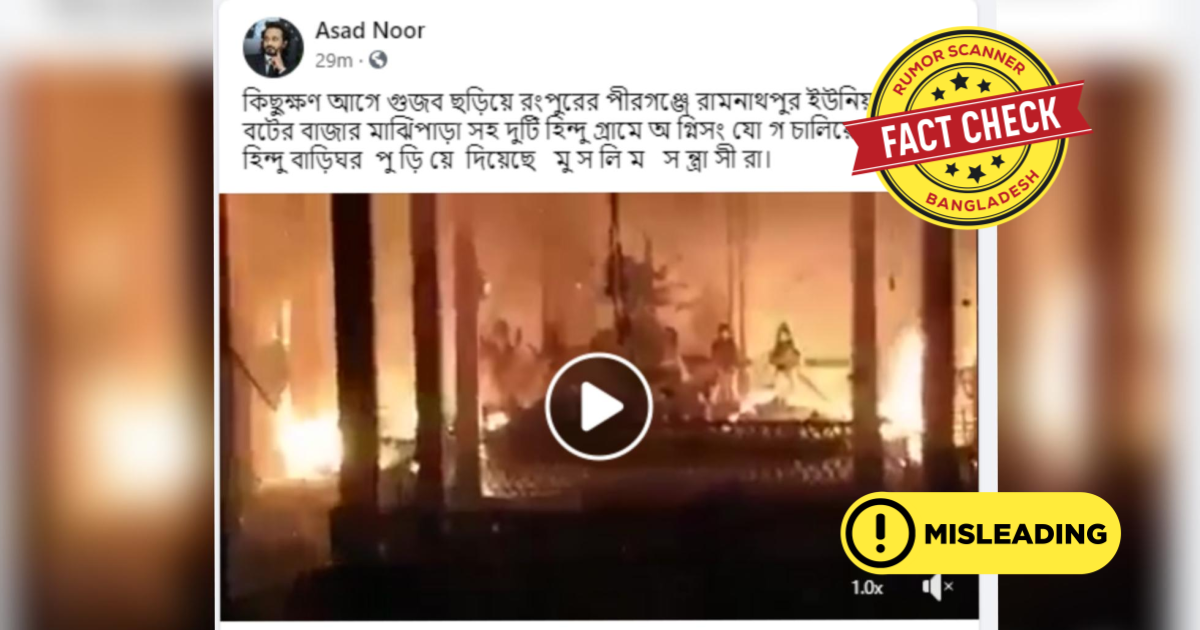 Recently, “Hundreds of Hindu houses were set on fire by Muslim terrorists in Rangpur’s Pirganj on Monday, setting fire to two Hindu villages, including Butter Bazar Majhipara in Ramnathpur Union.” titled video is spreading in Social media claiming that it is the arson attack in pirganj, rangpur. 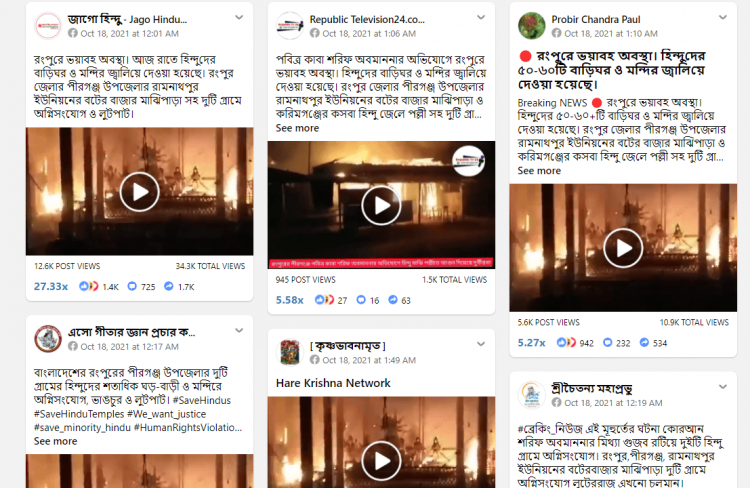 From the investigation by the Rumor Scanner team, it has been discovered that the video which was circulated claiming a scene of a fire at Pirganj, is not from Bangladesh but from a fire in a puja stage and shop in Tripura, India.

Then we looked out for a recent fire incident in India using various keywords to make sure if it is from India. We found an “A terrible fire broke out in the night of Saptami. Mara Chara Market’s Puja Pandal and nearby shops burned into ashes. After a long effort by the Firefighters the fire was brought under control.” titled video on ‘Today Tripira 24×7‘ named Facebook page which was published on 13 October.

A video report on the fire accident was found on the YouTube channel of Agartala-based Bengali language television channel ‘CHANNEL DINRAAT’. 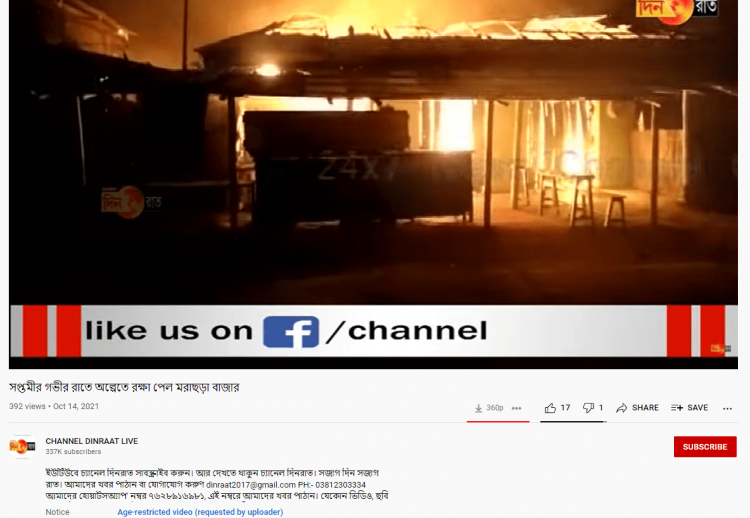 Actually, On the 12th of October, a fire broke out at a puja mandap and several shops in the Marachhara Bazar area under Kamalpur police station in Tripura, India. The 56-second video, which was spread at Pirganj in Rangpur, is a video of that 12th October nights incident.

Incidentally, There have been allegations of looting and burning of about 15-20 houses in Majhipara, Battala, and Hatibandha villages of Ramnathpur union, under Pirganj Upazila. At least 42 people have been detained in connection with the arson attack. The video of the fire in Tripura was immediately shared after the fire in Pirganj, Rangpur. 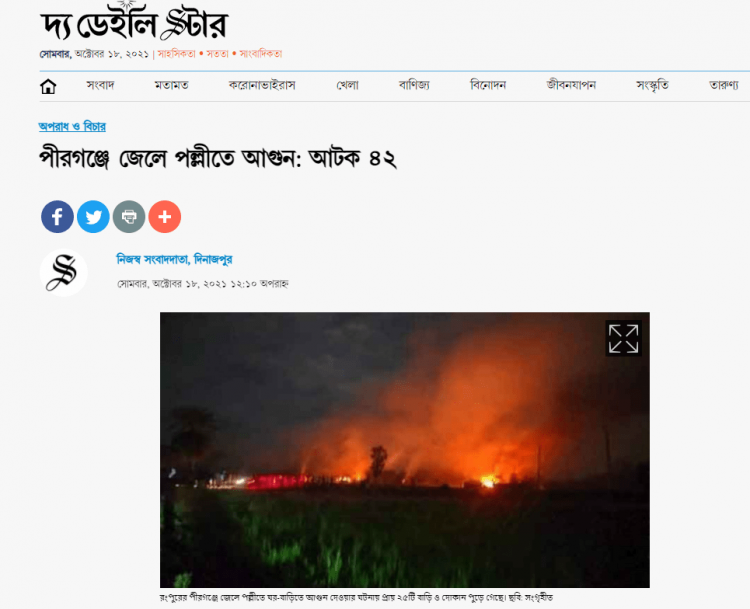 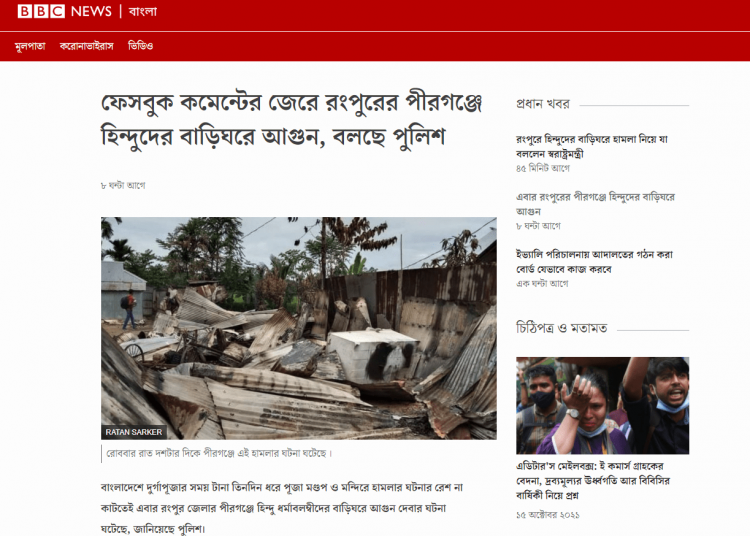 So, the fire incident video from Tripura, India misleadingly shared as it is the scene of an arson attack at Pirganj, Rangpur.