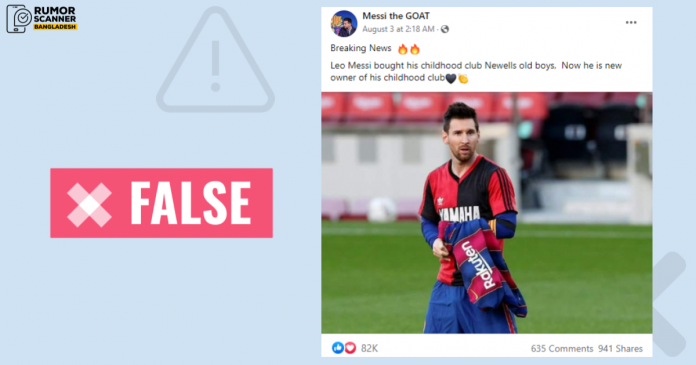 According to the rumor scanner’s investigation, It is not true that Lionel Messi bought his childhood club “New Wales Old Boys” rather the information has been spreading on social media without any reliable source.

Origin of this rumor

Also, according to Argentina Football Federation rules, the country’s clubs cannot be owned by a single individual. Clubs are owned by fans and members who pay monthly fees to clubs.

Also, no such news was found in any international or local media in Argentina.

So, the claim that Messi has bought his boyhood club New Wales Football Club is false.